GIGCO is a brandnew blockchain music platform built on Solana that introduces instantly deployable gig contractspoised to shake up and decentralize the live music industry.CryptoSlate talked to GIGCO Cofounders Ben Kindlan and Frank de Vrijer who explained how this new trustworthy booking protocol will allow artists to take full control and ownership of their music gigs merch tickets and NFTsBen and Frank revealed all you need to know about the disruptive project ahead of the GIGCO app launch which will hit the app stores in March.GIGCO is the music community empoweredUsing instantly deployable smart contracts and the native GIG token payment system GIGCO replaces traditional booking systems and ticketing methods explained the cofounder duo clarifying how the platform will allow the artist to retail complete control and ownership of their outputlive performance merchandise tickets and NFSs NonFungible Songs.GIGCO is the music community empowered Ben concluded.The two cofounders met while traveling in SouthEast Asia. Settling in Laos they set up a chain of venues. As venue owners they discovered a supplychain issue for venues wanting to connect with artists.Ben had experienced the same problems as a professional musician said Frank explaining how this realization that both venue owners and musicians were faced with the same connection problems prompted them to find a solution.As Frank was running a web development business a tech solution was going to be the answer and the idea of GIGCO was formed added Ben.Currently the team is 10 fulltime members however GIGCO is a rapidly growing and ambitious project.We expect the team to expand in both aspects of the businessapp developmentcrypto and the IRL applications the cofounders told CryptoSlate mentioning that GIGCO recently hired a new CTO who will be coordinating with the leadership team and helping achieve their roadmap goals.With over 30 years of experience in large complex tech companies Tris Simpson also brings his extensive experience in the banking sector to the team the cofounders explained noting that GIGCO will also be recruiting music industry insiders.There are promoters agents and music management professionals who are as compelled to disrupt the gatekeepers as we are. These will be joining our Artist Liason team throughout the year they said.The GIGCO communityNonFungible Songs is the product that excites our community the most. Artists fans and the investor community are all hyped about this. We have restructured our roadmap to give this priority said Frank.By minting songs as NFTs or as GIGCO calls them NFS nonfungible songs the project came up with a solution that introduces a form of shared ownership of music and royaltiessplit between artist and fans.The incorporation of our own GIG token into the platform serves to greatly benefit the GIGCO community. The token allows users to transfer value throughout the platform without accruing large fees so we can always offer the lowest price for our services according to the cofounders.The token also allows fans to connect with and support their favorite artists directly through profile staking NFS sales and the GIGtipping function.GIGCO users attending events will be able to use the tipping function and send GIG if they were impressed with either the artist or the venue.190 million GIG tokens have been minted on the Solana blockchain and their distribution is structured to reward early adopters of the platform.GIGCO recently announced a new date for its public IDO token sale which will be hosted through Solanas first decentralized developer ecosystemSolRazr launchpad on June 24.Check out this fresh GIGCO News Update from COO Matty Gray Is that a new public IDO date I see in there GIGCOfam Solana httpst.co1sBql8bKRZmdash GIGCO GIGCOapp March 7 2022With the return of live music in mind the project announced the launch of the GIGCO app which will hit the app stores this month.Finally in May and June GIGCO will be visiting four UK citiesNewcastle Leeds Manchester and Bristolhosting events in various locations from worldfamous venues to popup stages and demonstrating the versatility of the app.The post All you need to know about the GIG token that will shake up the booking industry appeared first on CryptoSlate.

Bitcoin Mining Difficulty Drops for the Third Time in 2022, Just Over 100K Blocks to Go Until the Halving News.bitcoin.com 10 months ago Bitcoin miners have received their third break this year as the networks mining difficulty adjusted downward by 1.26 on April 14 at block height 731808. Currently miners have more than 200 exahash per second EHs in computational power dedicated to mining the Bitcoin blockchain as hashrate increased after the difficulty reduction. Additionally bitcoin miners have another 108160 blocks to go until t 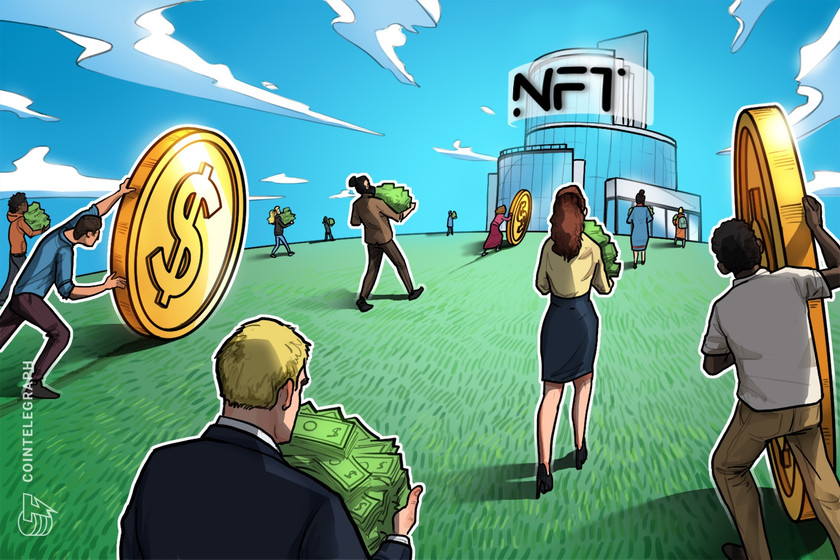 SUSHI Price Prediction 2022: Should You Invest In SUSHI Crypto In 2022? Buyucoin.com 9 months ago We examine the coins price history and the factors influencing it in this SushiSwap analysis. Well look at the most recent analyst Sushi price prediction as well as technical analysis to assist you in determining a reasonable target price for the near future.What Is SushiSwapSushiSwap is a growing number of decentralized finance DeFi systems that allow users to trade cryptocurrencies directly. The 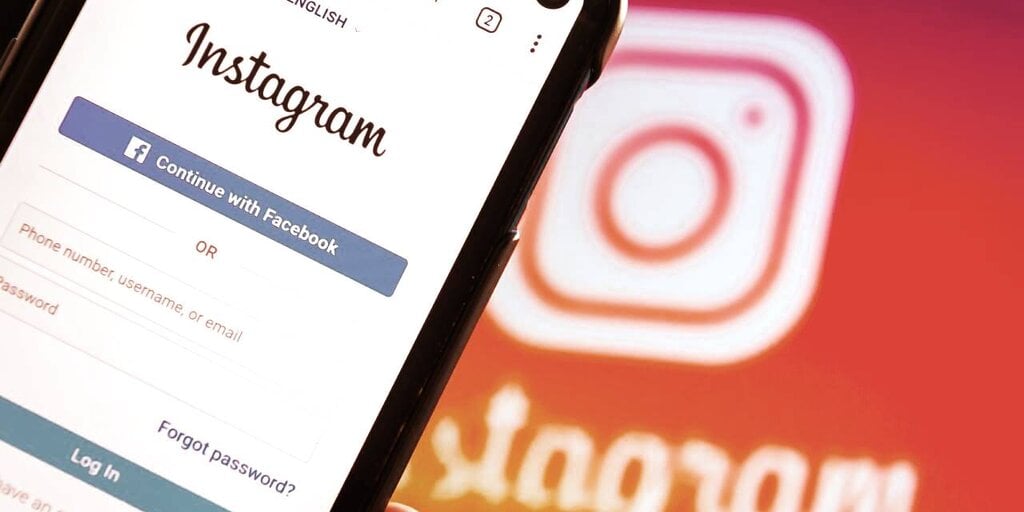 The Meta CEO confirmed at SXSW rumors that Instagram will get into the NFT game. 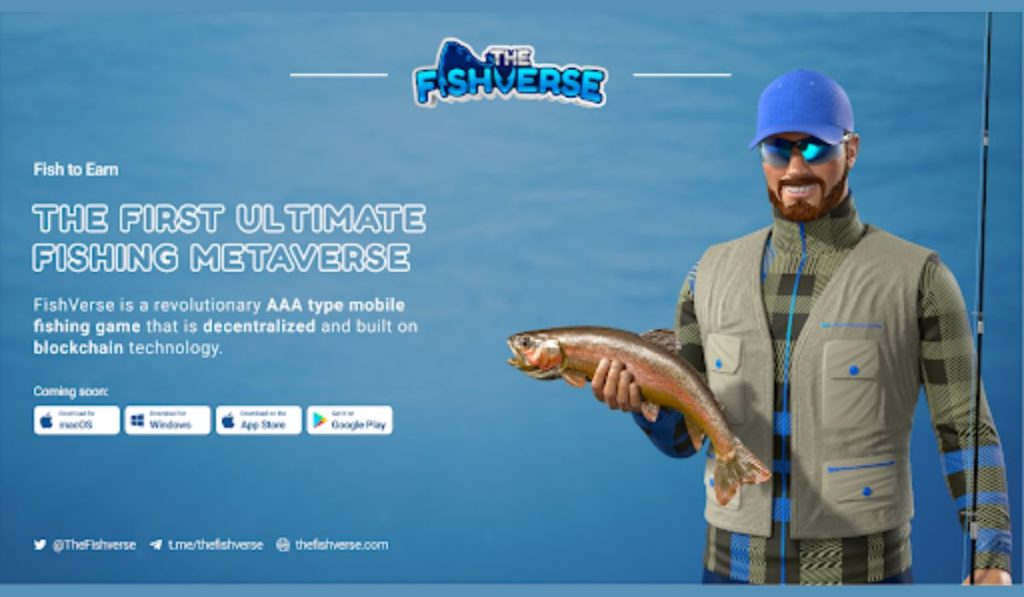 FishVerse has announced the launch of its fishing ecosystem inside the metaverse. FishVerse is a decentralized AAAtype mobile fishing game that gives players a nearreal fishing experience.The game was created by MG Labs gaming studio an experienced game development company that has already launched MetaShooter a very successful game that is already live on Steam 8211 the worlds biggest gaming pla 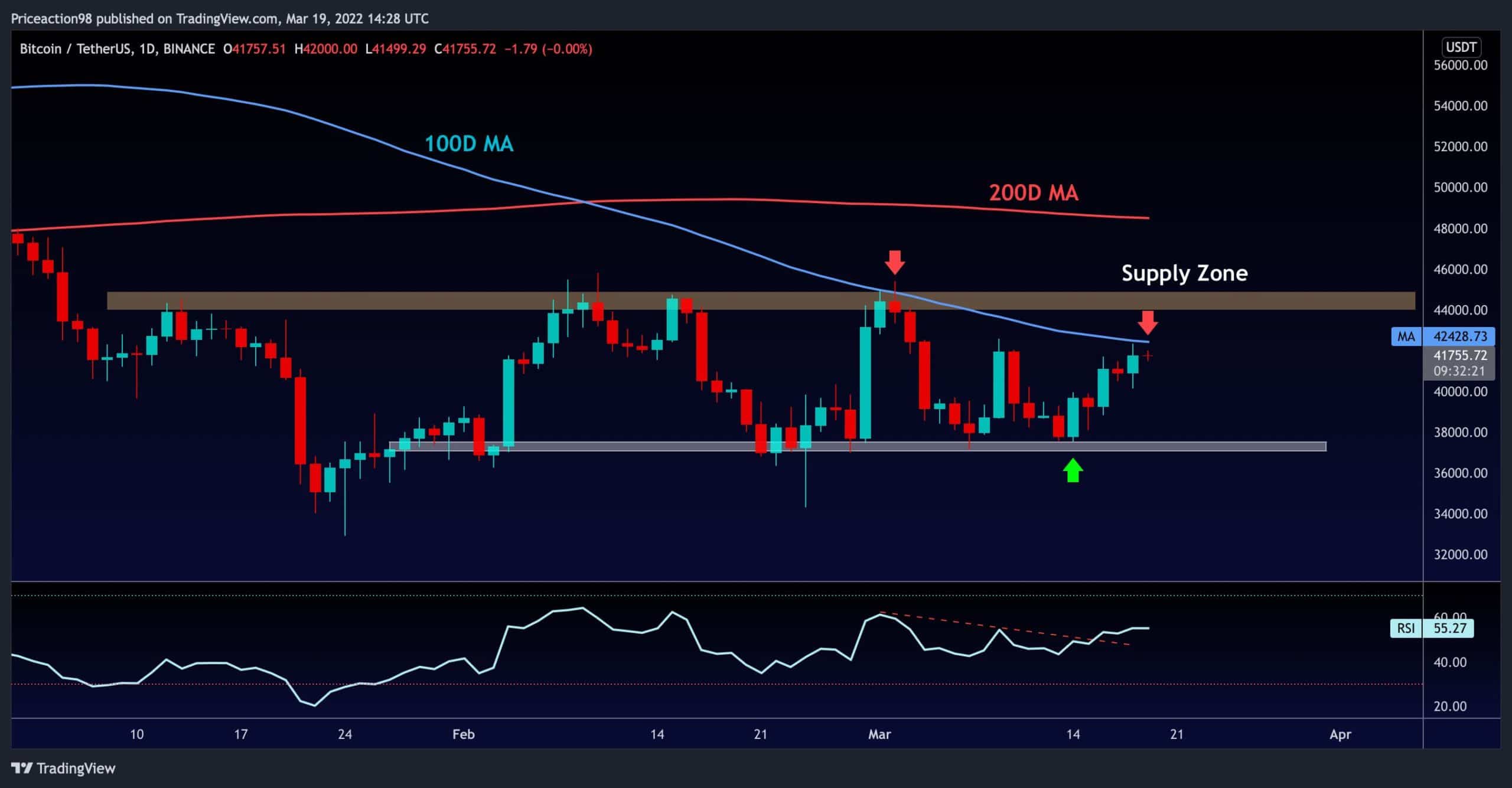 Since early 2022 Bitcoin has been in a ranging phase resulting in two crucial supply and demand levels. There seems to be a lot of demand in the form of bids and stoplosses above 45K making it a significant level to watch.Technical AnalysisThe Daily ChartTechnical Analysis By ShayanAs the daily chart illustrates the price has been supported by the significant support level at 37K which has led to

Will Terra (LUNA) Price Fall Below $80 In Next 48 Hours? Here’s What in Store Coinpedia.org 10 months ago The post Will Terra LUNA Price Fall Below 80 In Next 48 Hours Heres What in Store appeared first on Coinpedia Fintech amp Cryptocurreny News Media Crypto GuideOn April 11 the price of Terra LUNA fell as a broader slump in crypto assets added to the uncertainty around its token burning mechanism.The collapse of Bitcoin BTC and Ether ETH led to a slump in the remainder of the cryptocurrency market

The cryptocurrency market is still in a state of uncertainty and fear. Ethereum is no exception and any upward attempt is faced with immediate sell pressure. Will the bulls be able to regain control of the marketTechnical AnalysisBy GrizzlyThe Daily ChartOn the daily time frame ETH is moving downward inside a falling wedge in yellow. It is important to note that this wedge bottom is aligned with t Bitcoin funding rates for the past two months have entered one of their worst streaks yet. During this time there have been no positive funding rates and the best that the market has seen has been funding rates at a neutral level. However even now reaching neutral levels have proved incredibly hard for funding rates taking a deeper dive with each passing week.Funding Rates Remain Below NeutralThe ThePolygonMATIC team recently announced that according to data from Web3 development platform Alchemy there are currently over 53000 decentralized applications dApps deployed on Polygon. Polygonis a decentralised Ethereum scaling platform that enables developers to build scalable userfriendly dApps with low transaction fees without ever sacrificing on security. ThePolygon Lightpaperdescribes Polyg 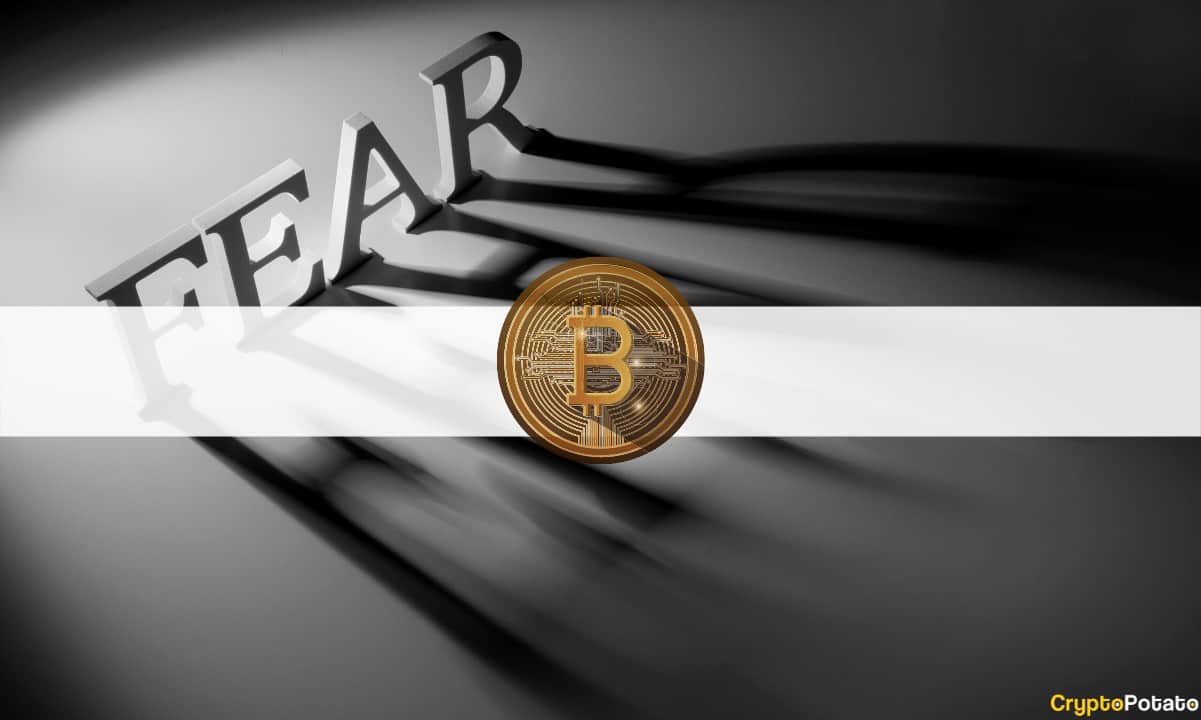 After dropping below 40000 earlier this weekend bitcoin has been unable to reclaim that level despite a few attempts. The rest of the market is also relatively calm today with ETH sitting beneath 3000.Bitcoin Stalls Below 40KAfter the Monday crash bitcoin went on the offensive and added several thousand dollars in about a few days. As a result it broke above the January 2021 alltime high of 42000 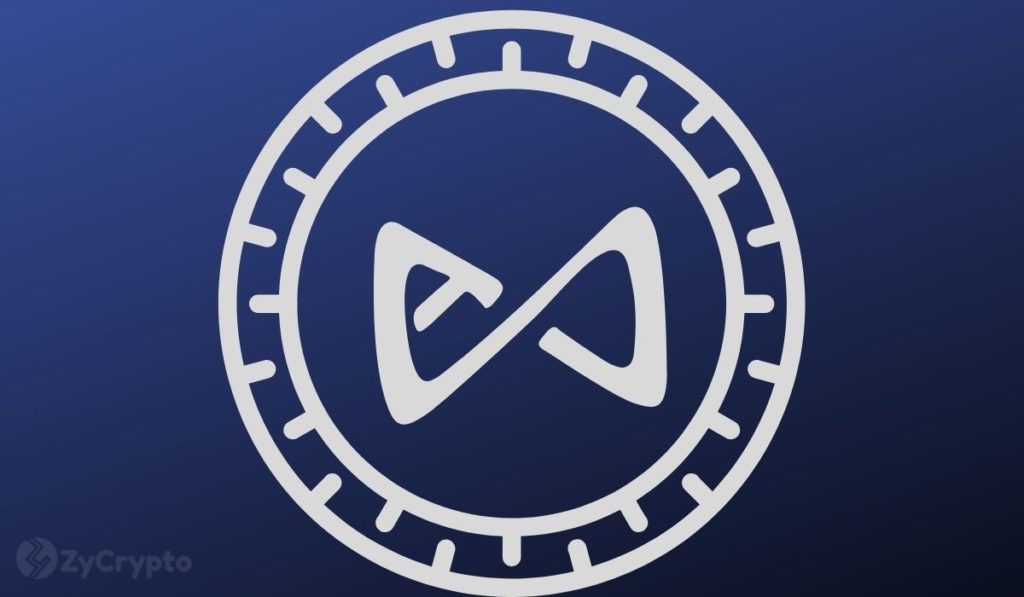 An expert has proffered solutions to Axies economic woes.He believes it could no longer continue to be a source of universal basic income if the status quo remains unchanged.Axie has risen to become the foremost Play To Earn game with millions of daily players.A Twitter user vesakaxie took to the microblogging platform to proffer a solution to the economic problems plaguing Axie Infinity. The user As U.S. lawmakers push for the urgent regulation of stablecoins the Financial Stability Oversight Council FSOC and the Federal Reserve Board warn about the risks of stablecoin runs that threaten the countrys financial stability. Treasury Secretary Janet Yellen brought up the terrausd UST fiasco as an example of why a comprehensive regulatory framework is urgently needed.13Treasury Secretary Janet Following the aftermath of the Terra blockchain fiasco decentralized finance defi continues to feel the impact of the projects fallout. During the last four days the total value locked TVL in defi has dropped 2.61 in value and crosschain bridges have lost roughly 20.3 during the last 30 days.Value Locked in Cross Chain Bridge Tech Slips 20 Lower Than Last MonthOver 100 billion in USD value was rec