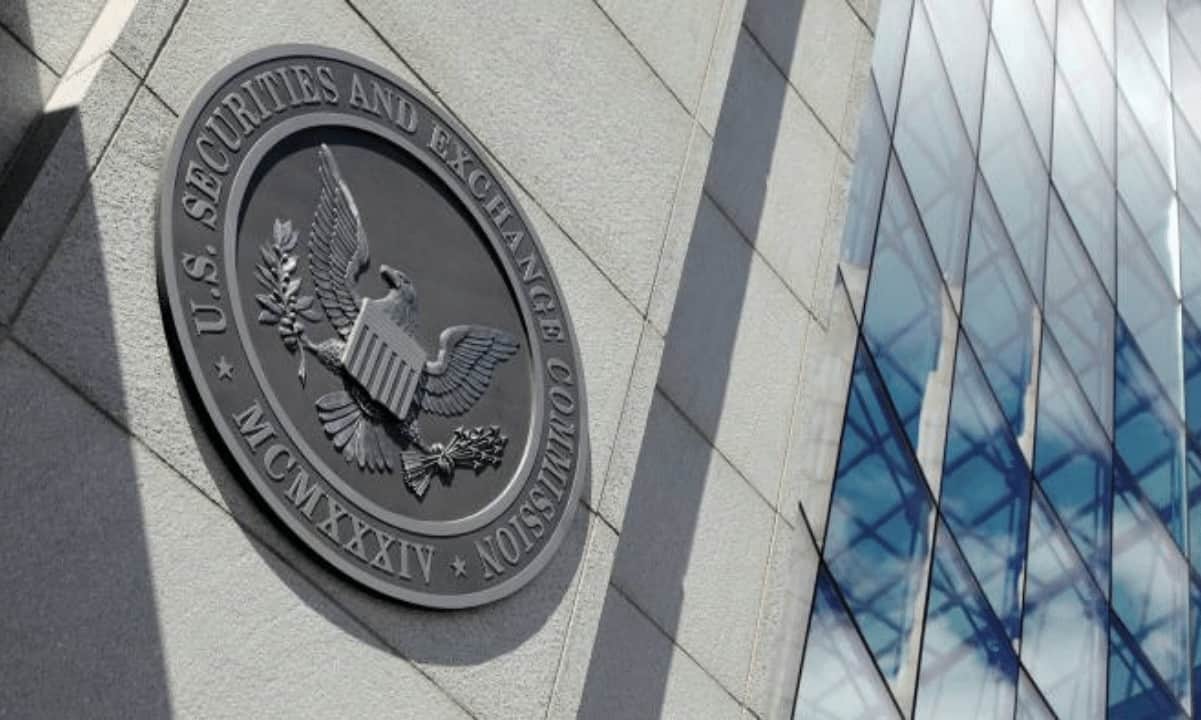 The United States Securities and Exchange Commission SEC has accused two companies their executives and a supposed international gold trader of running a fraudulent scheme to boost demand for their digital token.The false promotion of the token netted proceeds of over 36 million for the defendants the agency said.A Fake 10 Billion Gold Bullion AcquisitionAccording to a lawsuit filed on Friday September 30 2022 a Bermudan company called Arbitrade a Canadian firm Cryptobontix Troy Hogg founder and owner of Cryptobontix James Goldberg Stephen Braveman COO of Arbitrade and Max Barber a socalled international gold trader ran an alleged pump and dump scheme involving a cryptocurrency called Dignity DIG from 2017 to 2019.As stated in the SECs complaint Hogg employed Russian developers in 2017 to create Dignity an Ethereumbased token which was owned and controlled by Hogg and Cryptobontix. The coin started trading exclusively on Livecoin a Russian crypto trading platform.Both Arbitrade and Cryptobontix claimed through announcements that the former purchased and received gold bullion worth 10 billion from SION a company owned by Barber with each of the three billion DIG tokens backed by 1 worth of gold.The companies also claimed that they got an auditing firm to audit the gold as a way to boost investors confidence. However the SEC alleged that both the gold purchase and the gold audit never happened as they were tactics to get investors to buy the DIG tokens.DIG Token Value Dropped to ZeroThe SEC also claimed that Hog and Goldberg sold DIG on Livecoin at artificially inflated prices resulting in total proceeds of 36.8 million. Interestingly DIG was delisted from the Livecoin platform as of February 2020 after the tokens value plummeted to zero.As stated in the lawsuit investors participated in what they believed was an investment opportunity by committing their funds using bitcoin or any other crypto.Consequently the SEC is charging the defendants in the case with violating the antifraud and securities registration provisions of the federal securities laws. Furthermore the regulators complaint is seeking the repayment of illgotten gains plus prejudgment interest permanent injunctive relief and civil monetary penalties.In addition the SEC is asking the court to issue an officer and director bar for all the individuals named in the lawsuit.The post US SEC Charges Two Firms for Alleged Crypto Pump and Dump Scheme appeared first on CryptoPotato.

According to Central African Republic President FaustinArchange Touadra his countrys launch of the Sango coin currency as well as the call for the creation of a common digital currency by the regional central bank represent two key achievements for his country and all of Africa. President Touadra also said Sango is the future of our country and that his government supports bitcoin and blockchain a

Binance ventures into mainstream media with a $200 million stake in Forbes Cryptoslate.com 10 months ago

Forbes magazine recently announced a 200 million strategic investment from Binance the worlds leading cryptocurrency exchange.The investment will help the 104year old magazine and digital publisher to go publicmerging with a publiclytraded special purpose acquisition company or SPAC.Two Brinance directors at the nineseat board tableBinances stake in Forbes only confirms the obviouscryptos push int

Is Solana (SOL) Price On The Verge Of Losing The $90 Threshold This Weekend? Coinpedia.org 10 months ago The post Is Solana SOL Price On The Verge Of Losing The 90 Threshold This Weekend appeared first on Coinpedia Fintech amp Cryptocurreny News Media Crypto GuideThe world of cryptocurrencies has come across another pullback as the planet nears the weekend. Wherefore the market cap of the business has taken leave of 2.8 gains. Over the previous day with current numbers hovering around 1.90 T. The di

The Sandbox Partners with Chain Games Integrating All Their Games in the Metaverse Dailycoin.com 10 months ago 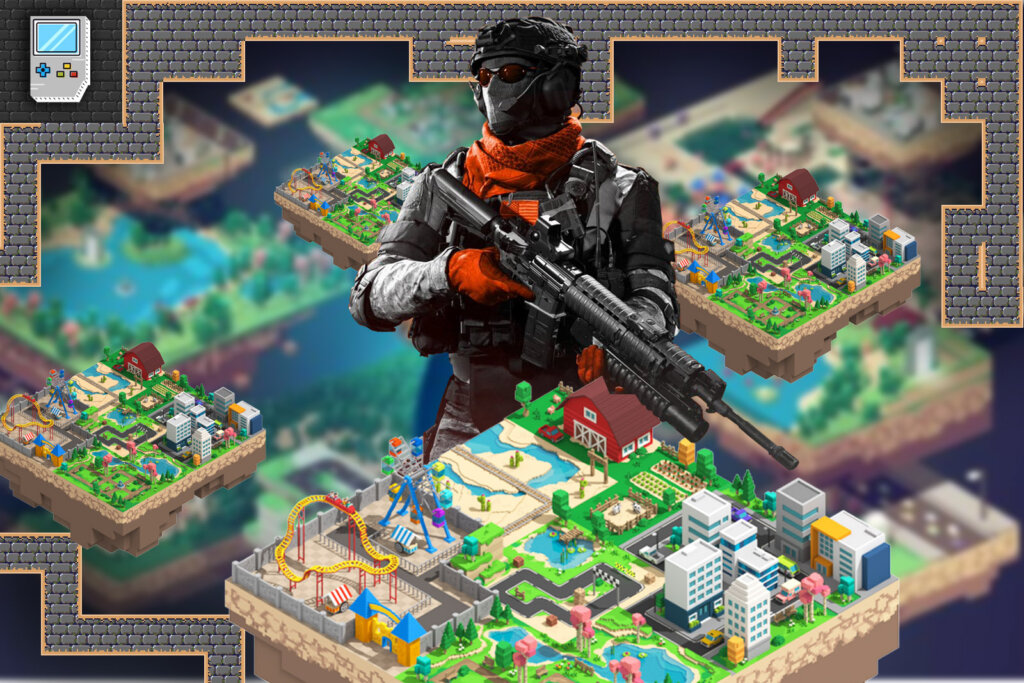 The Sandbox which is one of the biggest metaverses of today went on a partnership binge. They already collaborated with Warner Brothers Snoop Dogg Ubisoft and other colossiof pop culture. The partnership with Chain Games is not as grand but still important enough. Chain Games is a blockchainplatform that provides gaming tournaments on smart contracts. The list of available games includes both trad

Chainlink Price Prediction 2022 : Does Chainlink have a future? Buyucoin.com 7 months ago The Chainlink Price Prediction for 2022 predicts that the rate will rise steadily throughout the year with Chainlink LINK expected to climb significantly by the end of the year. Chainlink LINK appears to be on the upswing. Based on forecasts it is a beneficial investment. If the current trend continues Chainlink bulls may be back and the Chainlink price should end up slightly higher perhaps by 202 PRESS RELEASE. 3 June 2022x200Ax200ASydney Australia PlayandEarn game The Red Village has announced 6.5M in seed funding from some of the worlds leading blockchain investors including Animoca Brands and GameFi Ventures Fund to create an immersive darkfantasy ecosystem targeted at traditional gamers.1313Animoca Brands is the global leader in gamification blockchain and metaverse projects with a por 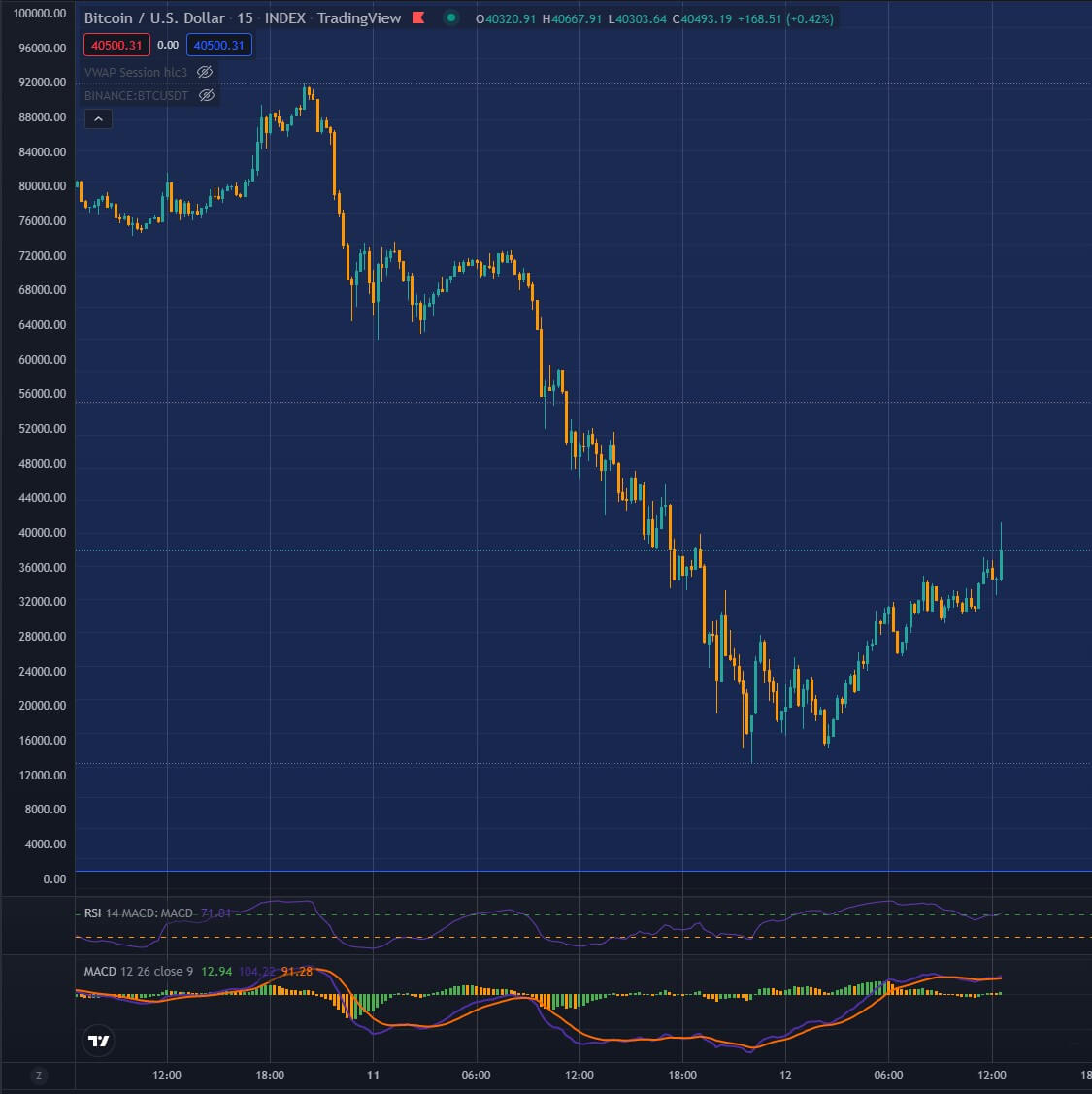 The price of Bitcoin rose after March CPI data confirmed that inflation in the U.S. continues to increase hitting the highest level in 40 years. However with the price of Bitcoin currently down 11 since January 1 and an inflation reading of 8.5 the net price change is just 2.5 in real terms.In addition the Nasdaq QQQ is down 14 since the start of the year indicating that Bitcoin is acting as an in 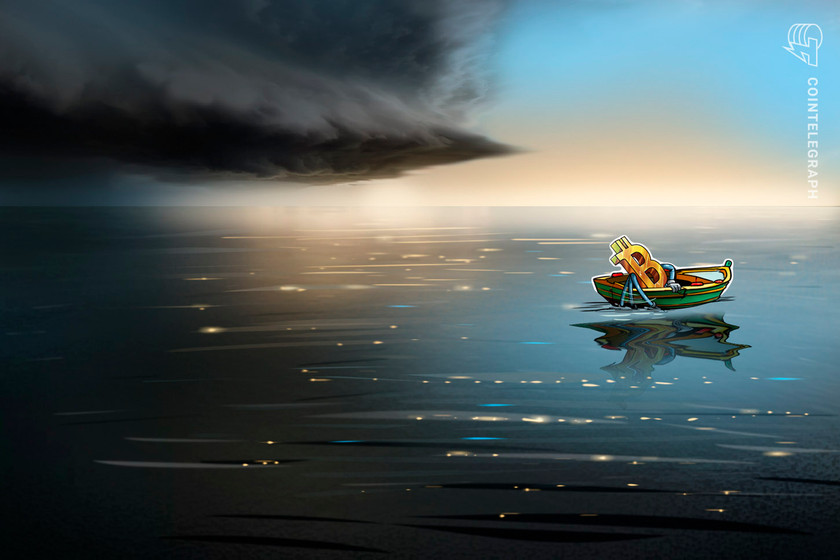 Politicians continue to argue about whether the U.S. economy is in a recession even as data highlights two consecutive quarters of negative growth. Meanwhile BTC holds 19000 for now. The post AvalancheAVAX Price Approaches Crucial Resistance 100 PreProgrammed if These Levels Are Reached appeared first on Coinpedia Fintech amp Cryptocurreny News Media Crypto GuideAvalanche price from the past couple of days was preparing to ignite a decent uptrend which is about to materialize very soon. The price after a couple of rejections is about to barge in through the same levels yet ag 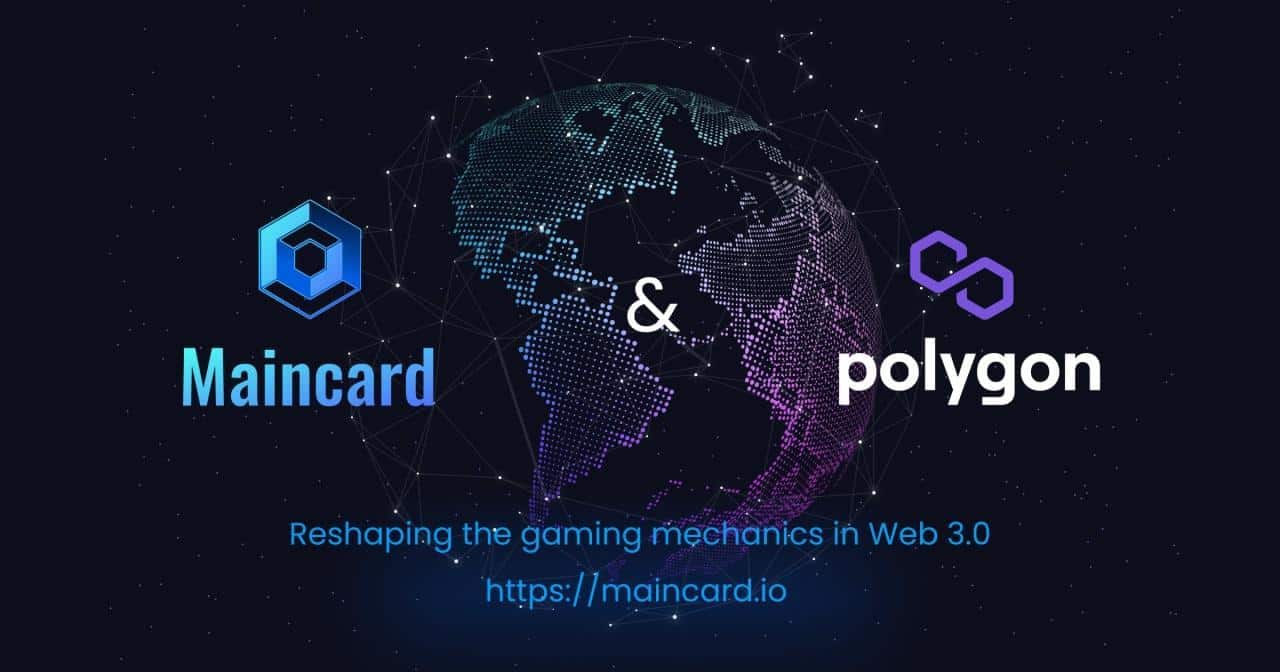 PRESS RELEASE 8211 Los Angeles California 15th September 2022Maincard an upcoming Web3 platform for fantasy sports management is releasing its Alpha version for the testnet on the 20th of September.The testnet will run for 24 hours with the goal to ensure that the platform is bugfree. Maincard is inviting prospective users and testers to provide feedback to the platform and help improve the game.

Best places to buy FX, the token of Function X, which gained 25% in 24 hours Coinjournal.net 11 months ago 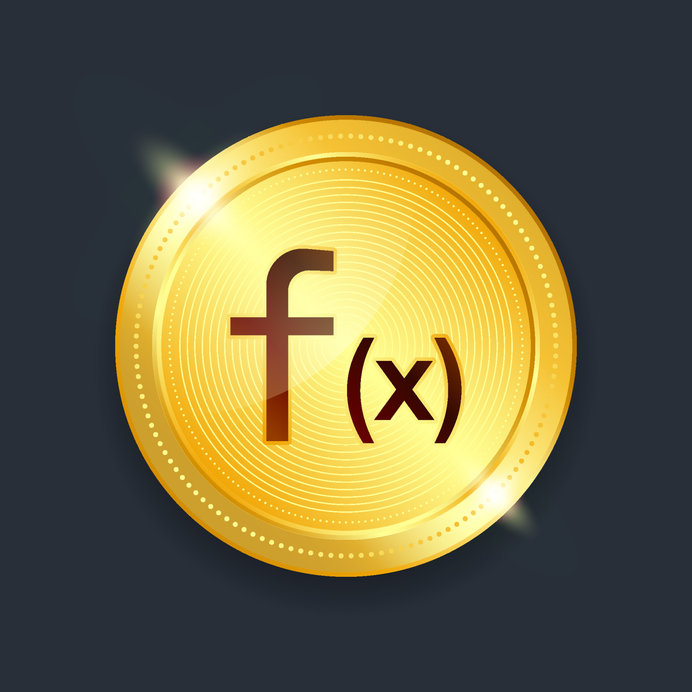 FX added a quarter to its value in the last 24 hours. The native token of Function X is trading for 0.67 with a 24hour trading volume of 28.45 million. If you want to know what Function X is and where to buy FX yoursquove come to the right place. nbspTop places to buy FX nowWhat is FXFX is the governance token for the Function X project which is mirroring traditional financial products on its netw

How to identify and avoid a crypto pump-and-dump scheme? Cointelegraph.com 5 months ago Pumpanddump in crypto is an orchestrated fraud that involves misleading investors into purchasing artificially inflated tokens typically marketed and hyped by paying celebrities and social influencers.

2 big cryptocurrencies to worry about after LUNA crash Coinjournal.net 7 months ago 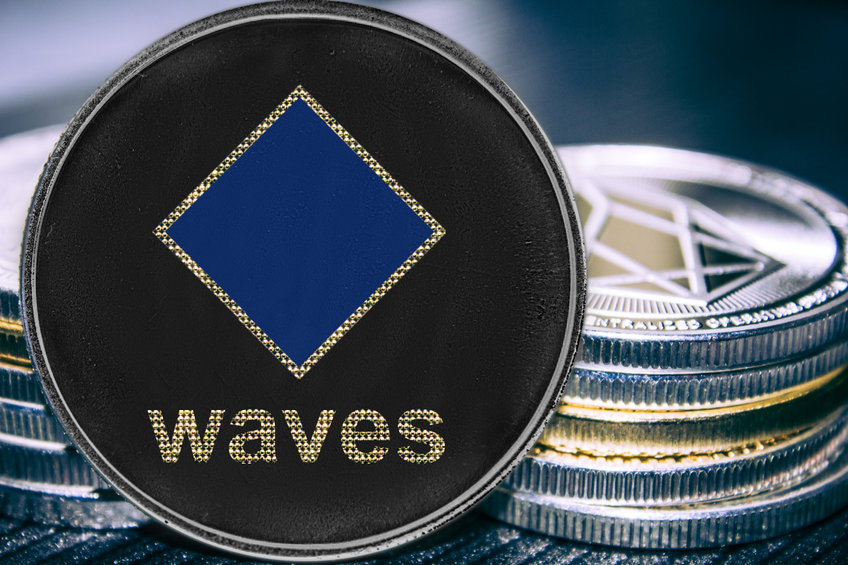 The Terra LUNA crash has led to worries about the next top cryptocurrencies that could crash. Like with LUNA it is incredibly difficult to make this prediction. Besides in most cases coins tend to move in unison. So in my view here are the two cryptocurrencies to avoid after thenbspLUNA crash.WavesWaves is one of the biggest blockchains in the world. Its WAVES token has a market cap of over 797 mi

StealthEX Review: buying and exchanging crypto on the go Coinjournal.net 4 months ago 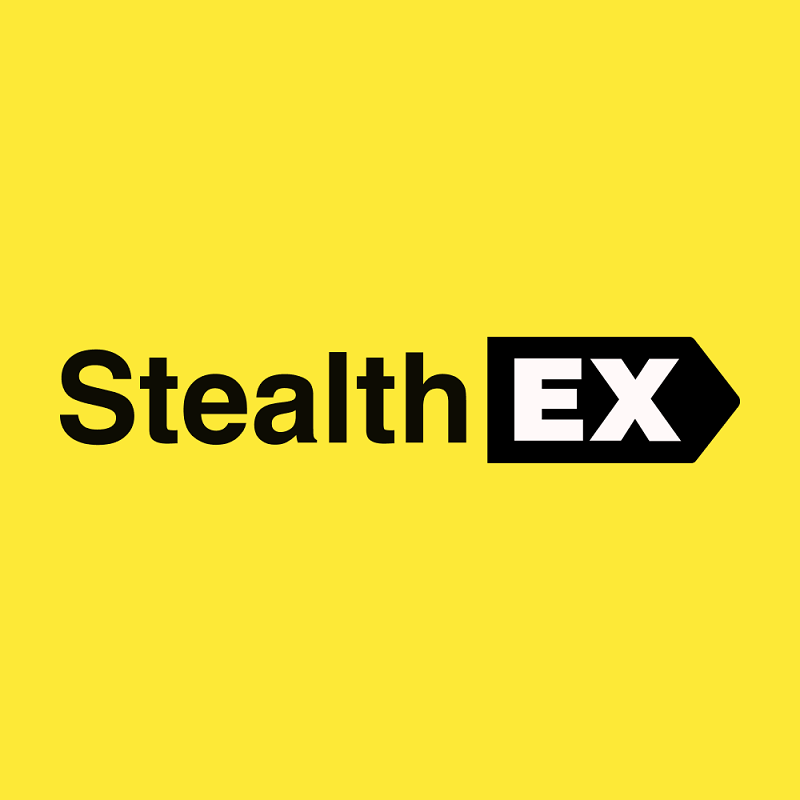 Ethereum (ETH) is set for a strong bullish run – Here is why Coinjournal.net 8 months ago 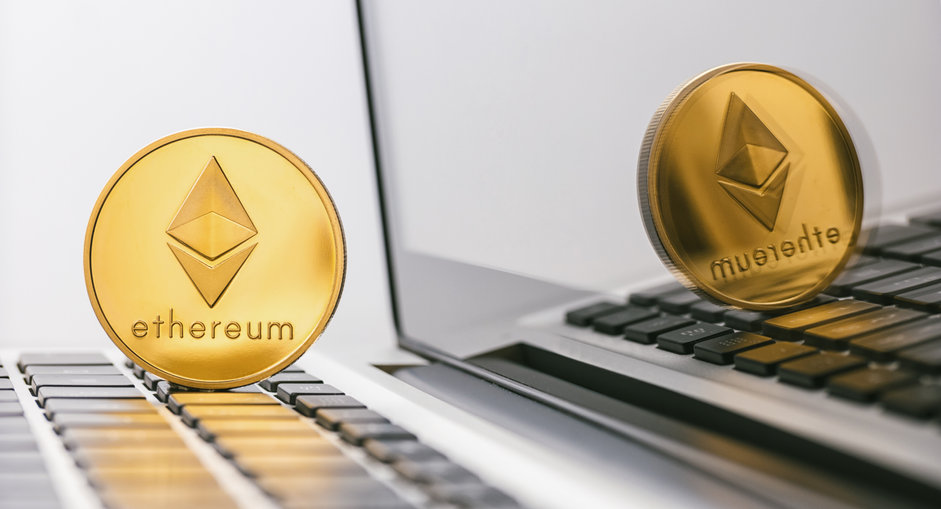 After reporting sharp losses at the start of this weeknbspEthereum ETH has rebounded. The coin has shown incredible resilience in the face of major market pressure. ETH now looks poised for a major bull run but how will this play out Here is what you need to know firstETH Managed to regain the crucial 3000 support after falling below in recent daysSo far the price action has largely consolidated a